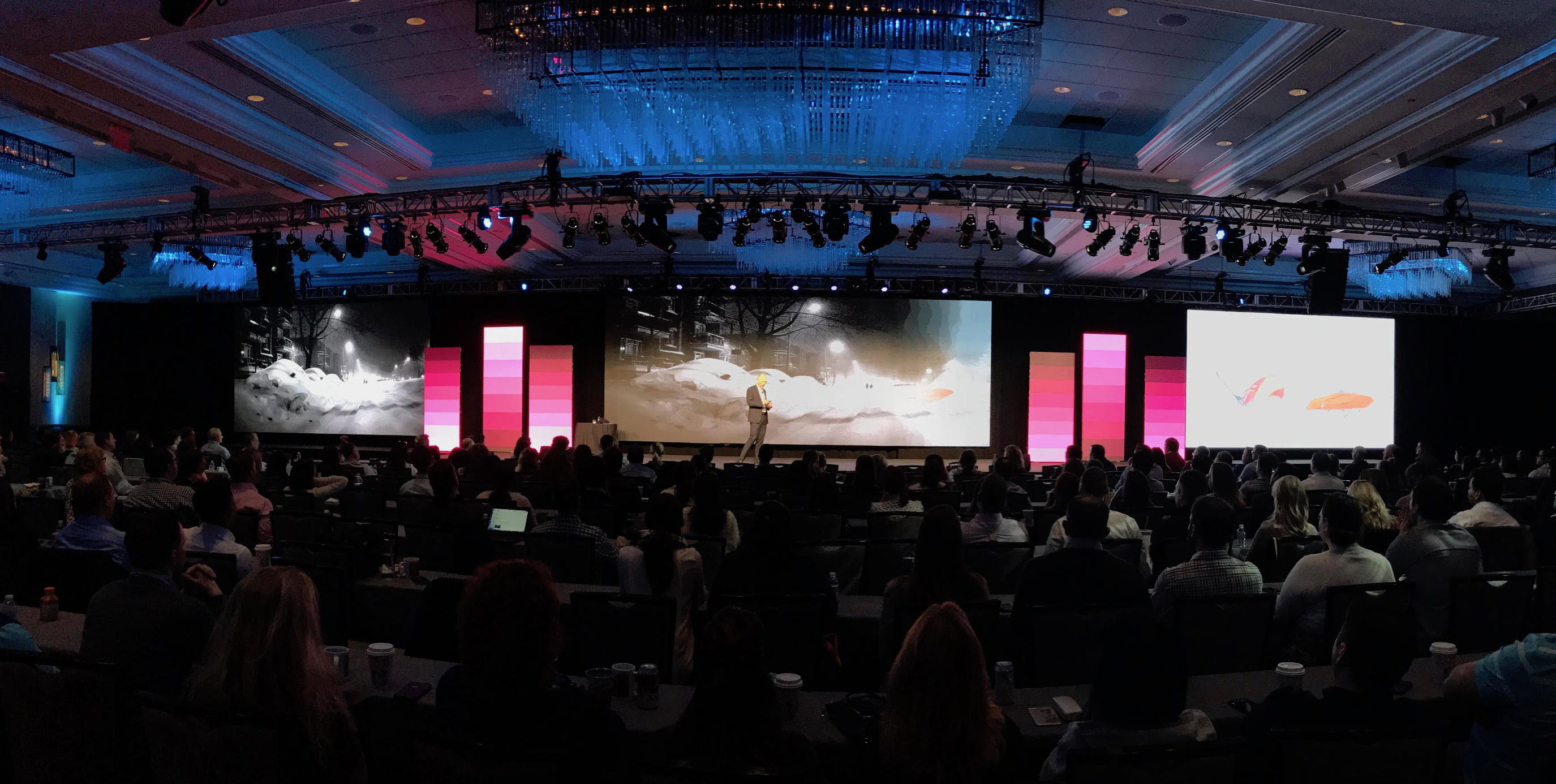 "Kevin was a fantastic speaker. His visuals were engaging, his stories fascinating, and most of all his message was inspiring and applicable to a broad audience. All of our delegates who attended Kevin's session left the room feeling ready to conquer their own personal adventures. We would not hesitate to recommend Kevin as a presenter for any occasion"

“Kevin Vallely's presentations at The Great Outdoors Show were exceptional!  Kevin connected with his audience immediately and entertained and inspired with creative multi-media presentations that were delivered complete with humorous stories, videos and anecdotes about his adventures that kept the audience glued to their seats!”

“Kevin Vallely presented at our Get Active Penticton Series and ‘Knocked it out the Park’.  His enthusiasm to encourage your inner adventure was infectious. Kevin has that unique ability to tell an incredible story but still appear like a ‘regular guy’ - this is what inspires others to take that first step to ‘be your own hero’. It was a pleasure to work with Kevin. Please do not hesitate to contact me for more feedback on this outstanding individual.”

“Kevin's presentations are truly inspirational, engaging and gripping. His style is unique, upbeat and yet humble and unassuming. Kevin touches the inner adventurer in everybody and makes the audience want to go out and experience the real adventures of this world. Kevin is also our "back yard" hero from North Vancouver, proving that a regular person with a job and a family can still accomplish amazing things without being backed by hefty sponsorship dollars and media. Kevin is a true talent with a very present, open and immediate personality, and his genius continues to change the lives of many."

Kevin Vallely was named one of Canada's leading adventurers by the Globe and Mail.

He is a world-class explorer, a leadership mentor and an award-winning architect. He is a member of the esteemed Explorer’s Club and was honoured as an Explorer’s Club Flag recipient for his expedition to the Northwest Passage in 2013. Kevin has been undertaking internationally acclaimed expeditions for nearly two decades. In 2009 he and two teammates broke the world record for the fastest unsupported trek to the Geographic South Pole. His book Rowing the Northwest Passage: Adventure, Fear, and Awe in a Rising Sea about his bold attempt at traversing the infamous Northwest Passage in a rowboat was published by Greystone Books in 2017.

How do Kevin’s experiences have relevance for a business professional you may ask? Simple, Kevin knows what it means to be part of an elite, high-performing team operating in a challenging, ever-changing environment. He understands exactly what it takes to perform at his best wherever he finds himself be it on the icy plateau of the Antarctic continent or at his drafting table designing an award winning project as an architect. In addition, Kevin is an elite athlete, a writer, a husband and a caring father of two. Audiences love hearing what drives him to do the things he does and are surprised to find out his why.

After spending nearly twenty years testing the limits of human endurance in the most inhospitable environments on the planet, Kevin has developed a sixth sense, a ‘wild wisdom’, that allows him to succeed at everything he does. “There’s nothing special about me,” he says steadfastly when asked, “I don’t have some hidden talent or gift, I just know how to get things done.” He inspires audiences with his core belief that all of us are capable of acheiving big goals.

Kevin’s unique background as an explorer and business professional allows him to engage the hearts and minds of any team, inspiring and motivating them to realize their full potential. He understands the critical importance of leadership, collaboration and how psychological trust is fundamental in order for a team to operate at their peak performance in the harshest environments of the planet as well as in the workplace. Kevin has proven why he thrives in adverse conditions and he has recognized that setbacks are simply opportunities for creative thinking and innovation. As an explorer, business professional and a father Kevin has evolved from being personally driven by goals to fully understanding and appreciating why he does what he does, why the purpose that drives his actions is key and drives the legacy he hopes to create.