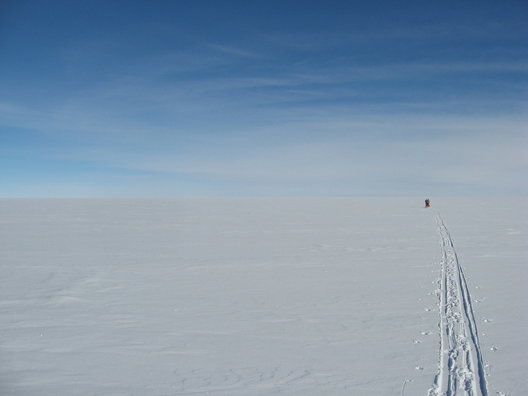 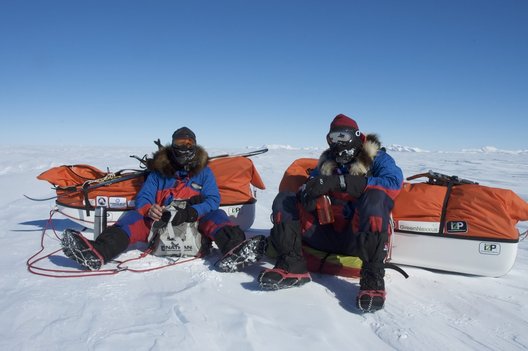 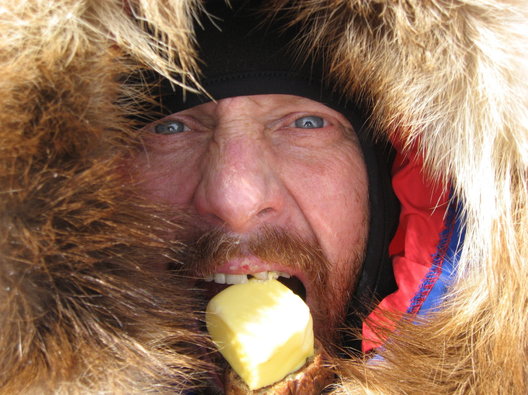 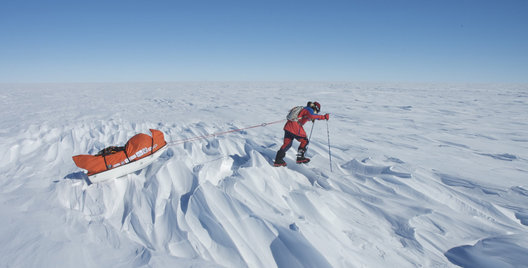 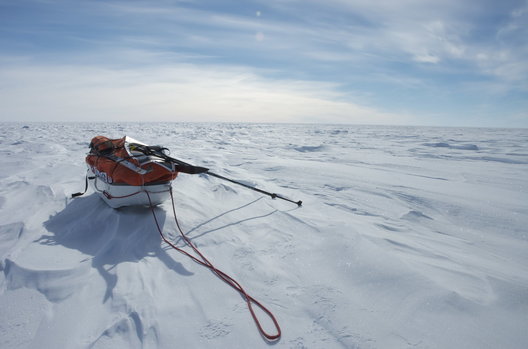 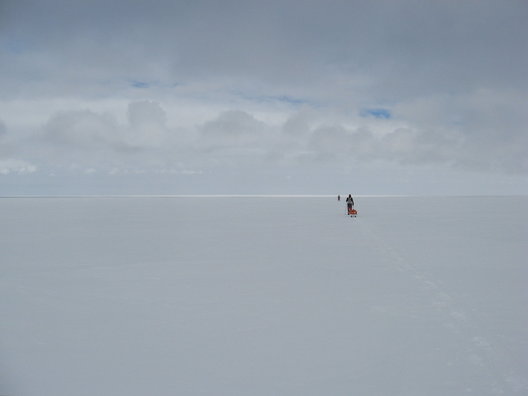 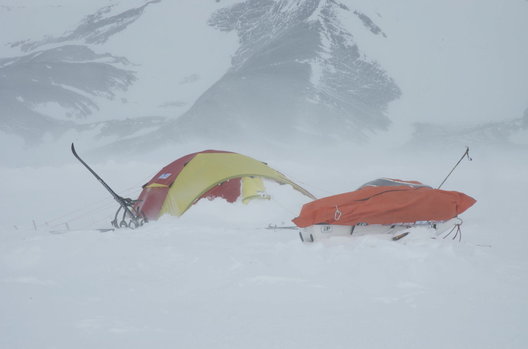 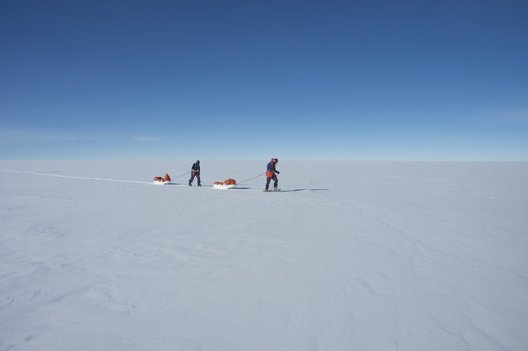 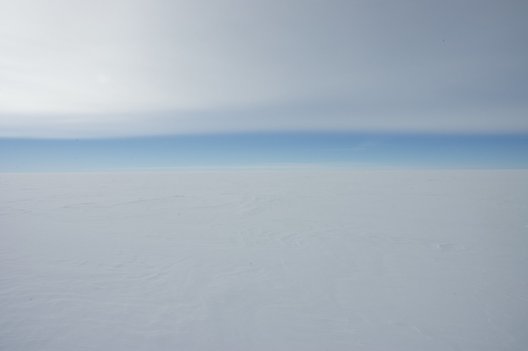 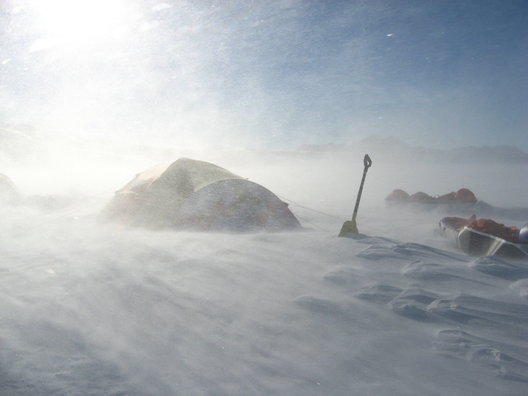 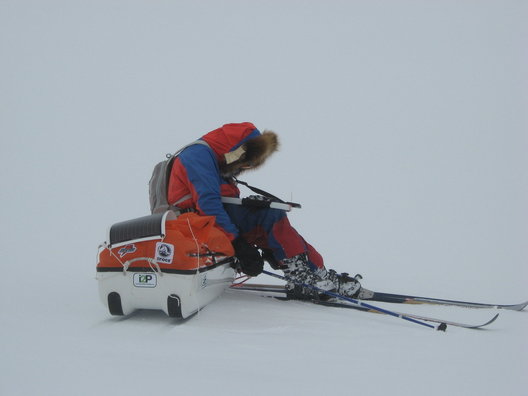 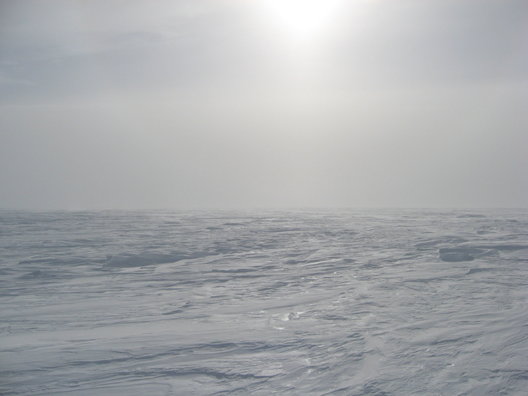 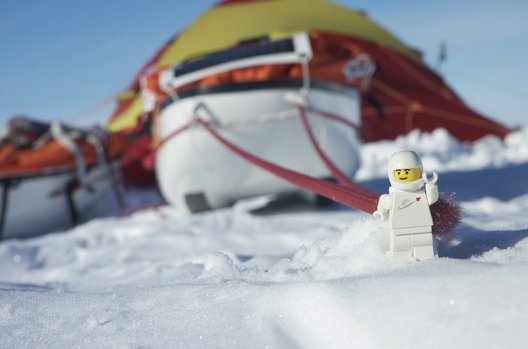 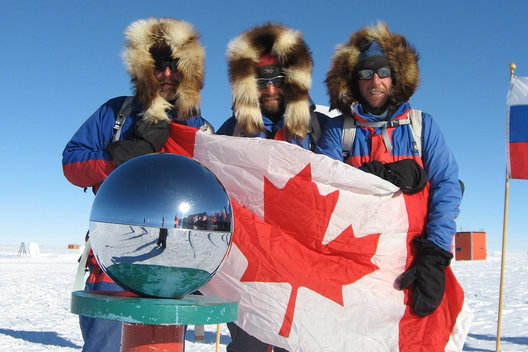 "It is an interesting human characteristic that may, in fact, be one of the special successes of our species. If recollections of pain were too clear, we would likely stop breeding – and definitely stop doing polar expeditions. Cherry Gerard put it perfectly in his book, The Worst Journey In The World: “Polar exploration is at once the cleanest and most isolated way of having a bad time which has yet been devised.” As we lie in our tent just hours after arriving at the pole, Ray, Richard and I are already letting the memories of five weeks of suffering slip away into the afterglow of nostalgia.

But memory-numbing aside, our last week on the Antarctic ice was particularly challenging, physically and mentally. Up to this point, the trip has been going generally as planned with long hard days and fairly stable weather – just a few days of poor visibility, wind and cold to keep us on our toes.

Then, a week ago today, we woke up to a morning like none other. A whiteout so complete and all-consuming in its bleakness that Ray equated it to having a cloud wrapped around his head. Richard tried to navigate through the soup with eyes glued to his compass and every muscle straining to avoid falling over. The last two days were mind-numbing affairs with one 20-hour march covering what's likely a record for a single day: 30 nautical miles. At last, on Wednesday morning, we made a final, 15-hour push and called back to the Antarctic Logistics base camp to report that we had reached the pole in 33 days, 23 hours and 55 minutes, bettering the previous record by over five days.

Now, it all seems like a dream. We may be exhausted, hungry and sleep-deprived – but we did it. We reached the South Pole unsupported faster than anyone in history.” (written by Kevin in the tent at the South Pole)

• Globe and mail - Pole push powered by truffles and pemmican

• Globe and Mail - Fast runners: Canadians out to set a polar speed record

• ExWeb interview with Kevin Vallely: "...it awoke something in me that I'll never be able to put to sleep"